Since Lebanese women obtained the right to vote in 1952, only 17 of them have been elected to parliament, despite the increase in the number of candidates in 2022 compared to the previous elections.

On 15 May 2022, Lebanon held its first parliamentary elections since the 2019 popular uprising and economic collapse, one of the world’s worst in 150 years. It was important for WAN-IFRA Women in News (WIN) to look at gender equality in media content and how women are represented in Lebanese media in the weeks leading to the election. We set out to understand whether Lebanese media are mirroring the lack of representation of women in politics or they are challenging it.

For a month leading up to Election Day, WIN’s research team monitored five different media outlets that were selected based on specific criteria, including type of media (print, online, radio and TV), political and ideological tendencies, and size of audience. A total of 1,614 news pieces were analysed. 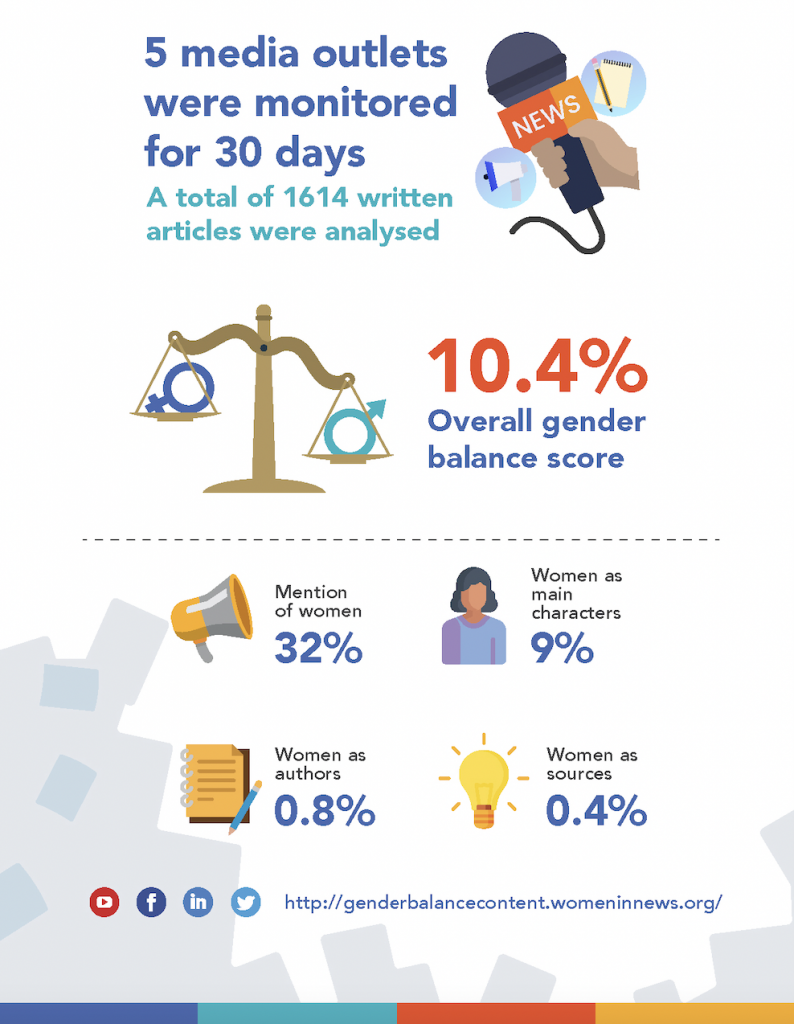 All written materials were categorised under three main categories: about elections, about candidates, and information about the elections. The WIN Gender Balance Tracker was the main tool of analysis, with quality checks and manual adjustments. The WIN Gender Tracker was created to help media organisations ensure better gender representation; it is a free online tool that tracks the prevalence and share of voice given to women in news articles. The analysis looked at four main indicators: mentions of women, and women as main characters, sources and authors.

Of critical importance were the findings on gender balance in content. While there were some mentions of women as main characters, referring to women as sources of information or authors of articles was very low, with some platforms scoring zero. Consequently, the role of women as experts or journalists covering the elections were either non-existent or earned limited visibility.

The study’s results demonstrated the need to increase the visibility of women journalists inside newsrooms, with a clear mention of their bylines; to grant women candidates more time and space in news pieces; and to consider hosting women experts. Media outlets are thus encouraged to adopt guidelines related to gender balance in election coverage and beyond.

Create a database of women sources

Pick images and headlines for balance

Tackle subjects where women are underrepresented

Listen to this episode of ‘The Backstory’, a podcast series from WAN-IFRA titled "Where are the women? Finding gender balance in the news" for tips on measuring the problem, and ways to fix it.
Listen here

A Gender Balance Guide for the Media

Check how gender balanced your content is and what you need to change. It's a free tool for media organisations, reporters, anyone. Know it to change it!
Track your content