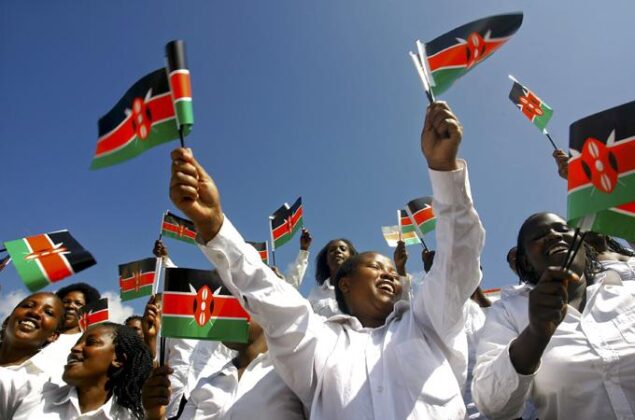 Across six media houses, the lowest score was on women as main characters at 9.7%. This was followed by women as sources at 15%

On 9 August 2022, Kenyans voted for their fifth president. The election had the lowest number of presidential candidates on the ballot since 1992: four. However, it also had the highest number of women named as running mates: three.

The election saw an unprecedented number of women offering themselves up for other elective posts – and winning. Seven out of 47 governors, three out of 47 senators and 29 out of 290 constituency representatives voted in were women. Kenya additionally has 47 elective posts exclusively for women – the county woman representative seat.

Women across the world face unique hurdles when running for political office, and Kenya is no exception. The 2022 race was heated, with concerns raised about hate speech and sexist rhetoric on the campaign trail. Despite the existence of progressive laws that address gender equality and non-discrimination – including the country’s 2010 constitution – there are gaps in implementation.

In line with the mission to drive equality in news media, WAN-IFRA Women in News carried out a study into the coverage of the Kenyan election with a gender lens. We set out to establish if there was gender balance prior to and after the conclusion of the polls. Our research looked into whether Kenyan media houses were mirroring gaps in the representation of women in politics or challenging them.

We monitored written articles from six major media outlets – Nation.Africa, Standard Digital, Citizen Digital, KBC, People Daily and The Star – over 17 days before and after election day. We selected the outlets based on specific criteria, including national scope, size of audience and type of media (print, online, radio and TV).

We analysed 276 articles under three main categories: about elections, about candidates and information on elections. We harvested articles at 6pm on a daily basis between 26 July and 11 August.

A majority of the articles we analysed offered general information on the election (57%). This was followed by articles about the election (22%) and news about candidates/their programmes (21%).

The WIN Gender Tracker was the main tool of analysis. We created the Tracker to help media organisations ensure better gender representation. It is a free online tool that tracks the prevalence and prominence of women in news articles.

On Kenyan election coverage, we analysed four main indicators: the number of times women are mentioned compared to men, and how often they appear as main characters, as sources and as authors.

The Nation, with an average score of 28%, exceeds our annual gender coverage score for Africa last year, which stood at 21.06%.

In terms of the three main content categories that we analysed, most of the articles carried information related to the elections (57%). This was followed by articles about elections (22%), while news about candidates/their programmes came last (21%).

The Nation and People Daily gave a fair proportion of coverage across the three main categories.

However, the overall gender score of women in stories on election coverage was low – at 17.6% of the articles we analysed.

Across the six media platforms, women appeared as authors 26% of the time, while the mentions of women stood at 20%. The lowest score was on women as main characters at 9.7%. This was followed by women as sources at 15%.

Consequently, the role of women as experts on elections was limited, which dampened their visibility. Additionally, despite relatively high mentions of women, this was not connected to their being cited as sources (which quotes their voices). This means the articles spoke more about women than to them.