How to cope with bullying in the workplace

Phyllis* was hired by a leading media company in Gaborone, Botswana, and reported to male bosses, most of them in their mid-30s and early 40s.

One of them immediately took a liking to her and did not hide it from their colleagues.

“He would hug me tighter and longer than is normal – and he would find any and all excuses to touch my shoulder or waist. Feedback that could be shared on email had to be given in person, and when doing it, he would really invade my personal space,” she said.

His behaviour escalated, and he began demanding lunch dates.

“I was engaged at the time and would decline his requests. Unfortunately, my entire office seemed to take that personally.”

What started off as sexual harassment by one individual became a department-wide problem as Phyllis’ colleagues got nasty. She was branded “cold”, “unfriendly” and “bad for the family feel we’re going for in this department”.

She was subjected to ridicule, including being termed ‘below average’. No one would inform her about team meetings. Her qualifications were constantly being questioned. Her story ideas were dismissed. Her assignments soon petered down to zero. Her self-esteem hit a low.

“The superior who put all these actions into motion would tell me my chances of success as a journalist were nil. It got to a point where I didn’t know why I was bothering with waking up in the morning,” Phyllis said.

Unfortunately, her story is neither unique nor unfamiliar.

In another newsroom in Nairobi, Kenya, Doreen*, had a difficult first year after getting a promotion – and unexpectedly for her, it was at the hands of her woman boss.

“I was appointed to head a product and for some reason, my immediate supervisor had not been informed. When I arrived and introduced myself, she had an almost immediate angry reaction, shouting at me and dismissing my promotion,” Doreen recalled.

Her boss already had someone else in mind for the position and was not happy about being overruled, so she stormed off to the human resources department to complain, but was unable to reverse the appointment.

“So she began badmouthing me to my colleagues. She threw tribal slurs when I walked past, and because she had to approve my stories, she would reject them hours before the deadline, forcing me to scramble to find a Plan B. I used to leave work at 11 pm, and I had just had a baby then,” Doreen said.

She quickly discovered that she had no allies in her department as everyone had cast their lot with her boss. Pushed to the wall, Doreen started applying for jobs.

“I attended many interviews, but I think when it got to the part about why I wanted to leave, even though I tried to hide my frustration, it came out clearly and hurt my chances,” she said.

Left with few other options, Doreen decided to buckle down and get her work done.

“With time, they backed off. I was getting positive feedback from readers, so my department had to acknowledge that my work was good. It defended me.”

Bullying is not limited to schoolyards or sports fields – and it takes many forms. It rears its ugly head through threats, intimidation, isolation, belittlement, job sabotage and outright insults.

“Bullying is a form of harassment, which for all intents and purposes abuses one’s human rights. Organisations must have policies that address the rights of all employees; at no time should one or more employees bully another to the point that they feel threatened or intimidated, as this affects overall performance,” said WIN Africa Director Jane Godia.

Once victims begin to internalise the threats, this destroys their productivity, esteem and even cognitive abilities.

According to the Workplace Bullying Institute, 65 per cent of bullies at work are bosses, while 21 per cent are fellow coworkers – the rest tend to come from lower job cadres.

A past study on 1,000 workers in the UK found about three in five people (61 per cent) leave their jobs within the first year because of a hostile work environment. The first reason cited was bad management, which creates an enabling environment for hostility to thrive.

Bullying is not gendered – men and women can be perpetrators for a variety of reasons. And when the bully is your supervisor, options on who to report the situation to can get murky.

UNESCO’s recently released The Chilling report further warns that online abuse is increasingly moving offline, with “misogynistic ‘pile ons’”, which means already hostile colleagues can become emboldened by the toxicity they see spewed online against the women they work with.

So what can you do about it?

The Workplace Bullying Institute reports that most employers excuse the vice by saying it is necessary for competition, is a routine way of doing business or even deny its existence.

One media leader we interviewed said in all her years in the newsroom, she has not come across an official document that spells out how to deal with workplace bullies.

In Africa, her newsroom may be more the norm than the exception. But there are media houses across the continent that take bullying seriously and have instituted official workplace rules of engagement.

“An official policy can determine how people relate, and should be boosted by regular organisational team building sessions to help break down the characteristics that affect performance and teamwork,” said Ms Godia.

Where there are gaps, addressing the bullies head-on may be what is needed to get them to realise they are overstepping boundaries, but culture can be a barrier to speaking up. In such cases, identifying a confidant within the organisation can help – finding a way to break the silence is critical to nipping the behaviour in the bud, or at the very least beginning to lift the lid on it.

In all instances, a record of the job sabotage, isolation or threats is important. This will also help address the issue with clarity. Ultimately, work should not hurt. 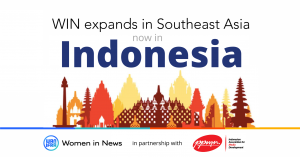 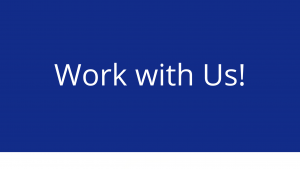 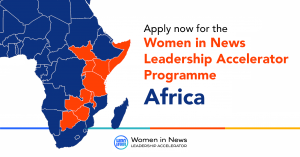