Monitoring the changing image of women in Egypt 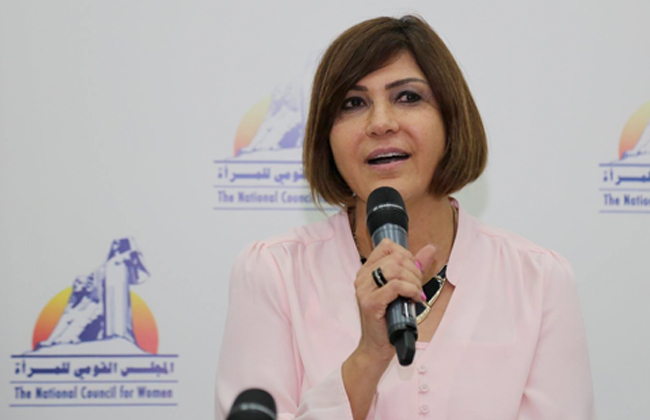 Ramadan is a period of high media consumption in Egypt – and over recent years it has provided an ideal opportunity to monitor the way women and gender issues are portrayed and stereotyped in adverts and TV dramas.

Five years ago, the National Council for Women in Egypt began monitoring and evaluating the way women were depicted in popular drama series aired during the Ramadan period. Over time, this “Image of Women in Ramadan” series of studies has shown changing stereotypical representation of Egyptianwomen by media. It has grown to include adverts, tv shows and people with disabilities.

Dr. Suzan Qullini, a member of the National Council for Women and head of the council’s media committee, spoke to Myra Abdallah, WIN communications manager, about the council’s monitoring and what the observations say about women in today’s society.

Q: What is the most important monitoring output of recent years??

When we started monitoring the Image of Women in Ramadan series in 2016,and established the observatory of the National Council for Women, the most important thing we noticed was the significant emergence of content related to violence against women.

Also, we realised that many of the women’s issues that were addressed were marginal issues and there was no interest in core women issues in any drama series.Women were portrayed using major stereotypes in different forms: they were mostly depicted in traditional roles that don’t apply anymore to most Arab and Egyptian women.These were the most important monitoring outputs that encouraged us to publish ethical guidelines for media to address women’s issues, including in drama series and movies. The aim was for these guidelines to be a reference for addressing any issue related to women.Also, we have begun to communicate with many producers and directors to encourage them to include core women issues in their scripts in order to contribute to raising awareness about women issues in society.The representation of women in Ramadan began to improve starting in 2018, and we have observed this change at many levels, including the inclusion of women key issues and presentation of different forms of violence in content. These issues are now discussed, rather than presented as violent scenes.

Q: What is new this year in terms of monitoring methods or expected outputs?

Since the observatory was established, where monitoring efforts are carried out by a large number of journalism students in Egypt and a number of supervisors, the main focus was on drama content that attracts a large number of viewers especially during the holy month of Ramadan.This year, we extended the scope of monitoring to include websites and newspapers that have pages dedicated to women during Ramadan. We started monitoring how women issues are being portrayed on these platforms and what are the messages that are being addressed to women.Also for the first time, we started monitoring the content of television shows produced specifically for Ramadan. We have also expanded quantitative and qualitative monitoring to include advertising, whether it be community responsibility announcements or commercials so that we can assess the image of women in advertising and what are the presented messages.

Q: Why is this monitoring activity important in Egypt and the Arab region?

In the Arab region and Egypt, women issues are now gaining more exposure, especially in terms of political, economic and social empowerment and it is almost impossible to reach development goals programs without the real participation of women. In order for women to be able to participate effectively, society must be psychologically and socially prepared, and have sufficient awareness of the importance of women and the role they play within society. Even if the woman’s role is limited to her family, this is also considered a development role.This is why monitoring activities are important, especially that the media is the mirror of every society, and where the majority of viewers believe that what appears on television is the reality and are unable to differentiate between reality and fiction. Hence, this adds value to monitoring. When we look today at how women are being portrayed in media, we can have an idea about the status of women in society, this is how we can contribute to empowering women economically, politically and socially.

Q: What are the most prominent women issues represented in Ramadan dramas? In your opinion, is it useful to include scenes of violence against women to raise awareness?

Many women issues are being discussed in drama such as family issues, children, the image of women in society, in addition to certain negative stereotypes of women. This showsthat producers are expressing their interest in all issues related to women that need to be highlighted, in particular, those that we need to change.

In my opinion, showing too much violence is not useful for women issues because when we highlight the details of a violent act against a woman, this may lead to simulating the situation and may contribute to increasing violence against women to mimic dramatic scenes. Certainly, the drama must address the issue of violence against women because it is an existing issue and it cannot be denied, but we have to be cautious in how we present it. Therefore, violence can be presented within the dramatic context through a message aimed at rejecting violence to raise awareness.

Q: Women are often presented in vulnerable positions in drama series. How does this affect efforts to achieve equality and women rights?

Constantly showing women as vulnerable definitely harms women. It increases stereotypes against them and places them within the framework of the housewife, or in roles that only satisfy men and their instincts, or as human beings who always need guidance and protection. Consequently, this type of stereotyping does not show the real roles women play today in the Arab region. Currently, women are leading organisations and institutions and have important roles in sensitive and vital places. It is important to ask why these roles are not being highlighted.

When a woman is always depicted as battered and vulnerable, the message conveyed by the drama or the media is a negative image of women in society and helps exacerbate the problems women face. Especially since the strategies of all countries for 2030 emphasise the support of women and their participation in development programs through non-stereotypical and non-traditional roles.

PrevPreviousTake our survey on the effects of COVID-19 on women media professionals one year on
NextKhin Thandar Htay, WIN Director, Southeast Asia: Newsrooms are male-dominated… we aim to change thatNext