A view from the frontline: Shorouq Asaad on why international media can no longer ignore Israeli attacks on Palestine 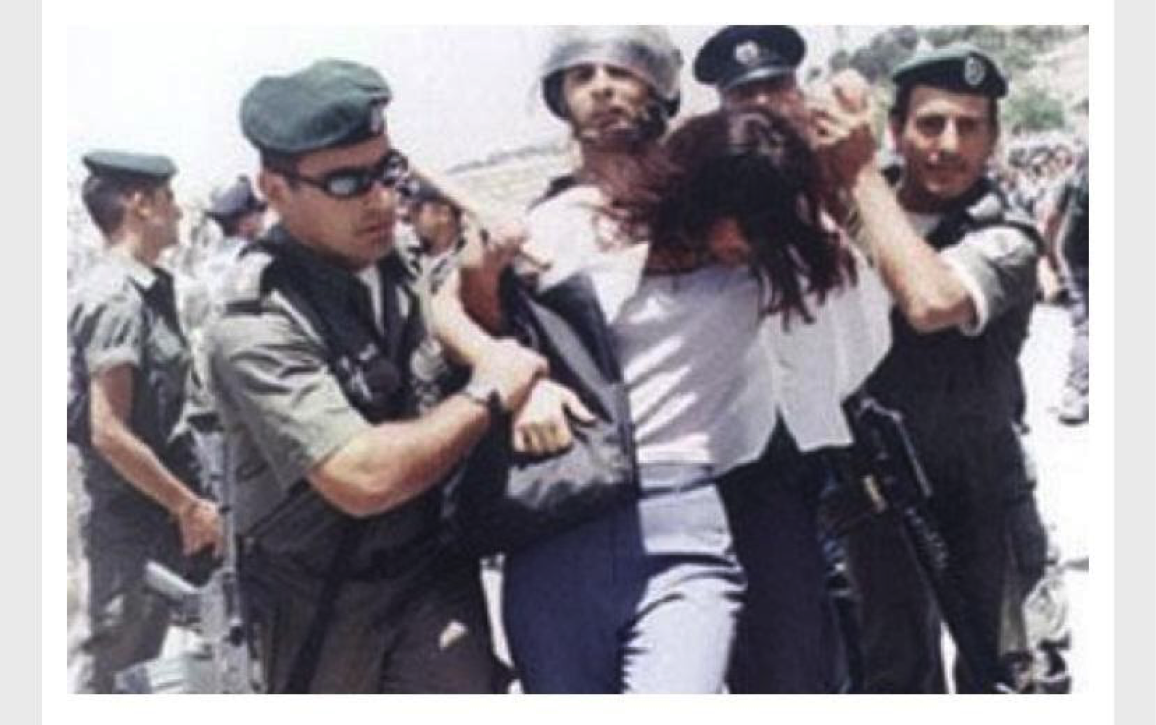 Award-winning journalist Shorouq Asaad has worked from as a inside the Palestinian territories for 27 years. She’s been with Palestine Television since its inception in 1995, and has reported for many Arab and foreign television channels, including Al Jazeera, Al Arabiya and the Nile News Channel.

Shorouq won the Arab Journalism Award from Dubai in 2000, in addition to the Gold Award from the Cairo International Festival for Television and Radio for her documentary film “Journalists Covering Conflict in 2002”.

WIN steering committee member in Egypt, Ehab Zelaky, talked to Shorouq about the media coverage of the recent Israeli attacks, and the impact of technology on documenting the events and changing the public opinion. In this interview, Shorouq also described the working circumstances of Palestinian women journalists.

During the recent incidents, was the coverage of the media different from the coverage of previous Israeli attacks?
The media coverage during the recent incidents was indeed different, and it greatly highlighted the situation in Palestine; it helped transmit to the world a clearer idea of the excessive use of force by Israel. Journalists involved in covering the Palestinian story have known for years the intensity of the increasing Israeli attacks every year, which reached its peak during the recent attacks. What Israel did over 12 days was similar to what it did in the 60 days of the war on Gaza in 2014. This time, there was a remarkable solidarity between media organisations that were covering the story, even those that were not previously interested in reporting on what was happening in Palestine. The media could no longer ignore the images of dead children and women, the destruction of Gaza and the destruction of its infrastructure.

The effects of Israel’s racist rhetoric against Arabs and Palestinians over the years have also been clearly visible to the media, especially Israel’s demands to expel Arabs while the police only protect one party. Personally, I witnessed many foreign journalists in Bab al-Amoud, Sheikh Jarrah and the Ramallah and Haifa confrontations who were unable to ignore relaying the facts of the attack and the aggression by Israeli forces against people during their peaceful protests. In general, I believe that Israel has lost the media’s support and its humanitarian perspective. 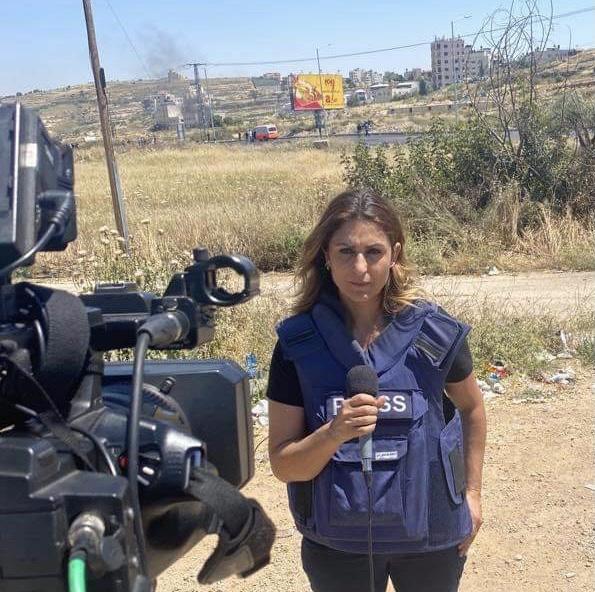 How have technology and social media platforms influenced the coverage of what journalists are exposed to in conflict zones?
The impact of technology and social media is significant, and this did not only reflect in the media coverage of the violations journalists are subjected to, but it also reflected citizens’ participation in coverage. For example, during recent incidents, there has been a clear and intelligent presence of the new generation in Palestine who used technology as a tool to claim rights such as protesting, and the impact of young activists and artists has been evident.

Technology has transformed citizens into journalists and reporters. Everyone with a camera became like a media task force covering the events everywhere, especially those with a humanitarian perspective; this made the news reach people all over the world through the usage of hashtags on social media sites that couldn’t refuse posting videos even when they violated their content policy.

For journalists, mobile technology has contributed to better and faster coverage of events. It became easier for journalists to document and share news, and to record videos documenting assaults they were experiencing. One of Israel’s permanent goals is to stop truth from reaching the rest of the world, and that’s the real reason why so many colleagues were subjected to a variety of violations while doing their job, without any consideration of international norms and conventions. This was not as feasible as before because of mobile cameras and access to social media which has become a crucial tool for journalists to communicate information.

Did the live streaming of the bombing of media institutions building and other violent scenes affect the global media discourse towards the Israeli occupation?
I work as a reporter for Dubai Television and Monte Carlo Radio, my office is located in Al-Jala building, which was destroyed by Israel. The event was terrifying. I don’t deny that I cried at the time of the bombing. It was awful to watch a 13-story building containing only press equipment and archives being bombarded with four rockets for no specific reason. Israel did not respond to our demands to withdraw equipment which has demonstrated the scale of Israeli arrogance. I think this particular attack was a turning point in the media discourse because it showed the untruthfulness of the Israeli narrative that claims bombing of only military bases.

Also, a few days before the bombing of the Al-Jala building, we were broadcasting live from the Al-Aqsa Mosque where Israeli forces were assaulting journalists for filming with their mobile phones, even though, as journalists reporting from checkpoints, we usually gather and wear protective helmets with “Press” clearly written on, but they target us anyway. Yussef Abu Hussein, one of our colleagues working at a local radio, died and his entire family was injured after his house was bombed. The Palestinian Journalists’ Union recorded more than 120 violations in 10 days against journalists. Attacks against journalists involved rubber bullets, tear gas, denial of access to information and events locations, breaking and confiscation of equipment, detention for hours, in addition to failure to protect us from attacks by armed settlers. 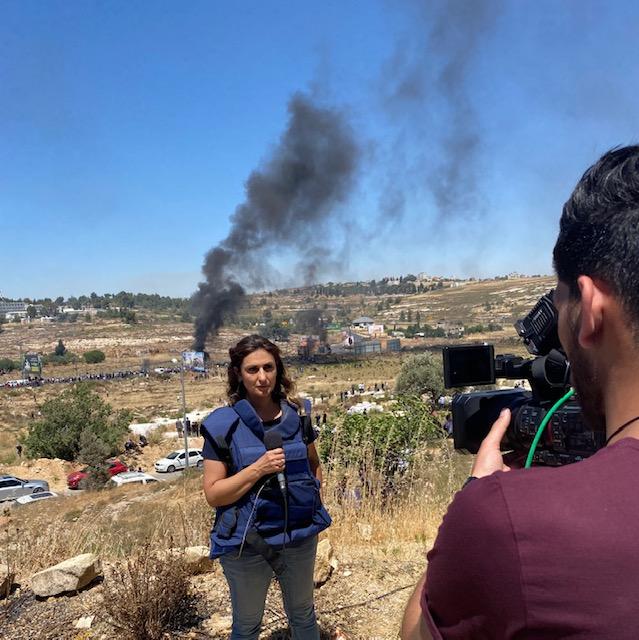 What are the main difficulties you face as a reporter inside Palestine?
As journalists, we are banned from accessing the locations of the events, whether we are moving to different cities or even within the same city; we always have to follow military orders; since Israel doesn’t want the media to show the world what is really going on, it targets media workers, regardless if they were Palestinians or foreigners. In 2020, The Journalists Syndicate reported 185 violations against journalists, 24 of them were targeted with live bullets, 26 detentions, 20 cases of breaking into institutions, 18 physical abuse.  Other human rights organisations documented  450 violations, some of them were airplane strikes, or attacks from tanks and boats, and during 2019, violations exceeded 500. During the recent attacks, more than 26 media institutions were attacked in Gaza and Jerusalem. Since 1970, 102 Journalists have been killed and journalists have been exposed to all these kind of violations without any respect to their job.

As one of the journalists who has been injured from the Israeli attacks while doing your job, in your opinion, how can this impact the objectivity of the coverage?
I have been shot with rubber bullets and been arrested while covering settlers’ invasion in Jerusalem years ago. During my work with the Egyptian TV channel “Nile News” in 2003, Israeli tanks besieged our office for 40 days before storming the office and beating us. Attacks were documented on camera. This happened to me and to two cameramen, Raed Helou and Joseph Handhal, who were attacked by 14 sniper bullets while they were inside a car with the TV logo on it. Colleague Jameel Joseph had a bullet in his neck. Even with all this documented, and even when filing lawsuits against these attacks, nothing happens. I remember when I was covering the news in “Bet Eil”, an Israeli soldier shot at a colleague from “France 2” and me. The incident was recorded and the French channel filed a lawsuit against this attack, but the soldier was never punished.

What important advice would you give to reporters who are covering conflict zones to protect themselves?
Even in war, there are ethics. However, in Gaza, there are no war ethics and Israel is dealing with Gaza as a permissible place, making the work of journalists more difficult and constantly violating their rights, even in relatively more peaceful periods. In general, the most important advice I would give are:
– Always gather with fellow journalists;
– Coordinate with colleagues to document any violations against journalists;
– Wear protective vests, helmets and gas masks;
– Make the word “PRESS” clearly visible on your clothes, gear, and vehicles;
– And most importantly, stay committed to cover the events and deliver the truth.

How do women journalists do their jobs in these dangerous situations?
There is a lot of strength among women journalists’ communities in Palestine. Women journalists cover events with the same strength and courage in all places for all local and foreign media, and in all media sectors. The number of women journalists is increasing, and I am proud to be one of them. Every time I go out for a news coverage, I think about my two children; with children, my life is not only mine and I have responsibilities towards my children, but also towards the Palestinian people.