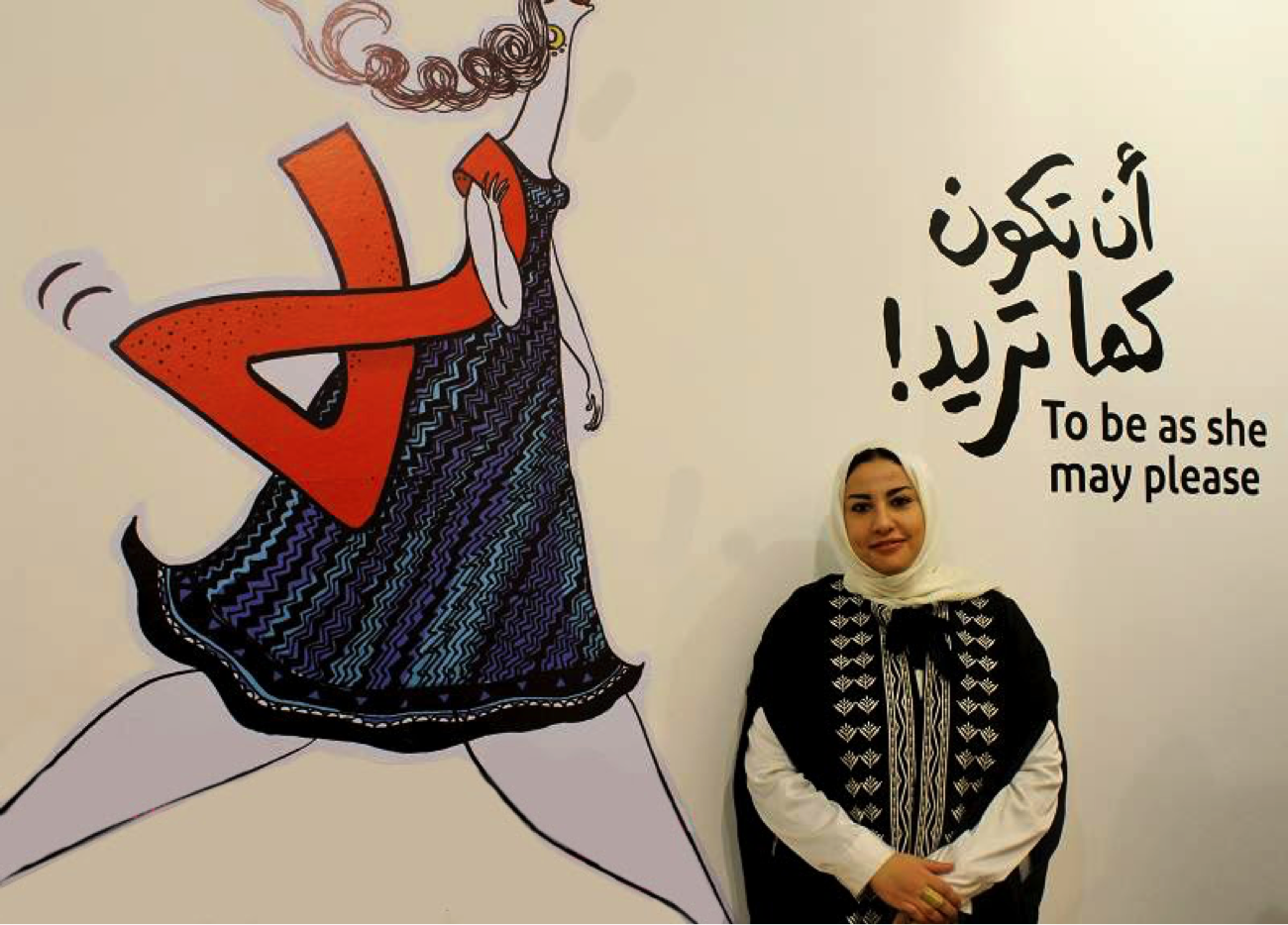 Over the course of 14 years in journalism, Egyptian cartoonist Doaa El Adl has stood out in a field heavily dominated by men. She has shown a special touch in expressing the problems women face in society to become one of the most important voices in the Egyptian media.

Doaa’s career culminated in her winning the 2020 Iveco International Award for Best Political Cartoon. She spoke to Ehab Elzelaky for Women In News.

What challenges do you face as a woman cartoonist in a male-dominated field?

When I started working in journalism, colleagues didn’t easily accept my presence among them, and there was an assumption that I would not stay long in this business, just like other artists before me. One of my colleagues even predicted that I would not last more than three years in this profession. However, my journey has lasted 14 years now. After several years of work, my colleagues accepted me and we became friends, although there was always productive competition between us. Despite many challenges, a number of leading artists have been supportive, especially Professor Mohi al-Din al-Labbad and Amr Selim. They gave me much advice that influenced my career and the development of my work, and I will always be indebted to them.

When I look at what I’ve been through during recent years, I find that the challenges have made me more powerful and willing to continue what I’m doing. I don’t think men should have a monopoly over the cartoon profession, whether in Egypt or in the world.

There are more young women trying to make their way in this profession amid this difficult climate for the media industry. I have met several leading cartoonists from many countries including Tunisia, Morocco and Lebanon.

How does caricature contribute to alleviating the problems that women face especially on international days like IWD?

In general, I’d rather not have a specific day to focus on women’s issues, and I have expressed this in many of my sketches. It is the right of women to present their issues and problems every day, and this is why I draw about women and their issues at every possible opportunity. I also published a book “Fifty Drawings and More About Women”, which is the first book in the Arab world devoted entirely to talking about women. Despite the large number of Arab caricature books, I did not find a single book dedicated to women, which is what I tried to work on this issue.

Other than talent, what would a cartoonist need to express?

In order for a cartoonist to work and create, they need a quiet room, a stack of papers, and a follow-up to what is happening in the world, transparency and accuracy of information. The most important thing they need is freedom.

Information about the topic is very important to form a point of view. I often care about certain issues, but since I do not have enough information, I end up not drawing about it. Information and transparency are important for the artist to formulate their point of view, and freedom is the air that the painter breathes.

When you received the International Iveco Award, you said the world no longer loved cartoonists. Why?

Of course, the world does not like cartoonists now. I was convinced of this when I started following the lives of colleagues in Egypt and the world. We draw within the limits of the available margin, and there are visible and hidden red lines, fixed and variable, which we rediscover every day.

My work allowed me to travel and meet a lot of cartoonists from around the world. We are a very small community, and through this friction, I formed this conviction. For example, it is surprising that the New York Times announced that it would stop publishing daily political cartoons in its international edition after a fierce attack on it over a cartoon that mocked Trump’s relationship with Netanyahu. Also, the incident of the killing of five “Charlie Hebdo” newspaper illustrators by extremists claiming to belong to the Islamic religion, an incident that unleashed a state of terror to the extent that it forced a famous French illustrator, Planto to move with a bodyguard, and there are many stories that do not end in this context. The struggle between extremism and racism in Western societies raises the level of danger to which the cartoonist is exposed to.

In the Arab world, the red lines are not new, as the situation has always been “joking within the allowable limits,” a phrase that I borrowed from an Arab illustrator who published a book that has the same title, perhaps because this title is the truest expression of the conditions in which the Arab illustrator works in.

Years after the publication of “50 Drawings and More About Women” Do you feel that the same issues persist?

Yes, most of the issues I addressed in the book still exist, and I feel like our destiny is to keep drawing about the same problems until the end. Violence against women has not ended, and its rates have increased especially during Covid-19. Also, discrimination against women is still present, but nevertheless, there are some positive changes, such as reinforcing the punishment for circumcision in Egypt and turning it into a crime, same as penalties for harassment against women are increased; but despite that, many problems remain.

Yes, I think a woman cartoonist would be sensitive to women’s issues more than men, and her vision – if she had consciousness – would be different. However, this is not a fixed rule because there are a lot of male illustrators who are also good at raising and expressing women’s issues. They include the great artist Hegazy who dedicated the section “Si-Sayed” that was used to criticise the idea of an Eastern man and his control over a woman’s life, as well as Mohi al-Din al-Labbad, Salah Jaheen and other 1960s stars. There are also many colleagues from the younger generation who defend women’s issues.

On the contrary, there are some beginner women illustrators who paint from a man’s perspective, without realizing that was we see is women attacking other women. This is sad to see but I hope their vision will change with maturity and time.

Are there any advice/tips for young women who have the talent to master the art of caricature?

Given the difficulties faced by print media specifically, I find that the answer is difficult. The challenges facing new women illustrators are much greater than what I have gone through, but the advice I give is not to give up and work on always improving their work. I also recommend them to read the collection of “Nazar” books by Moha Al-Din Al-Labad, because these books help to create the awareness of any illustrator, and help them form their own culture because a cartoonist must have a sufficient amount of culture, knowledge and awareness.