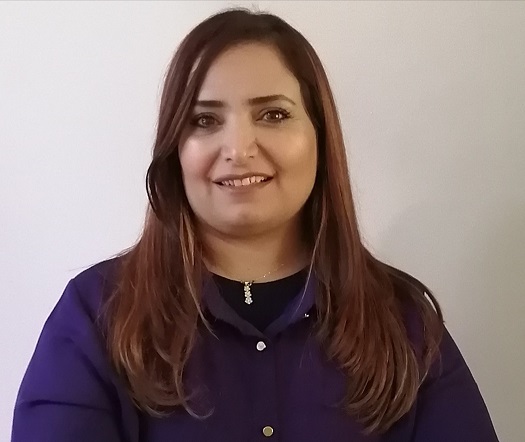 Women in the media in the Arab Region face multiple challenges, but journalist and editor Etaf Roudan has committed her career to lifting up women and fighting for positive change in society. She is this year’s Laureate for the Arab Region of the WAN-IFRA Women in News Editorial Leadership Award.

Etaf Roudan is the Director of Radio Al Balad, a community radio station in Amman, Jordan, where she works to promote topics that benefit women, marginalised communities and society as a whole.

But there have been times in Roudan’s media career when she has became frustrated.  What always pulled her through, however, was a strong motivation to set a positive example for other women in the field, especially younger women like her daughters.

It’s an inner drive that has led Roudan to become one of the most successful women within Jordan’s media landscape, and this year’s Laureate for the Arab Region of the WAN-IFRA Women in News Editorial Leadership Award. Roudan says receiving the award sends a strong message to other women working in the media in the Middle East.

Roudan has been a media leader for the past 15 years, working for Radio Al Balad and its website, Amman Net. She has trained women across Jordan to improve self-confidence, skills and media literacy, and has encouraged women journalists to cover a broad set of topics and issues facing their communities.

Roudan says much of her passion in helping women become more self-sufficient, independent and knowledgeable stems from her own personal experience. Despite living in a traditional and conservative country, Roudan grew up in an open-minded family where she had the privilege of receiving an education and becoming a journalist in a media landscape dominated by men.

“[It] made me decide to leverage this privilege to raise the voice of other women in my society,” says Roudan. “I had an opportunity that others may not have, and this opportunity increased my passion to work on women’s issues.”

She says that her ability to help other women has also been strengthened by the help she has received herself, including from the Women in News (WIN) programme. The WIN programme allowed her to access resources that she was then able to put to use in her own media work and trainings.

“WIN contributed in a change of my methodology,” says Roudan, “and taught me that whenever I put a clear plan for my work, and a specific goal, I can achieve it.”

Still, Roudan won’t sit idle after receiving the 2020 WAN-IFRA Women in News Editorial Leadership Award for the Arab Region. She says there is still a lot to be done to improve the gap between the number of men and women working in the media in Jordan. And that number greatly affects the type of content that readers receive, which can contribute to how women, youth and marginalised groups participate in society.

The media, says Roudan, can wield great power in society, to impact communities and create positive change. For this reason, she wants to continue empowering women to join the field, to ensure diversity and work towards more equality, freedom and equity. These are the qualities she has encouraged amongst her team at Radio Al Balad, which she hopes can apply to others in the media and extend outwards to positively affect the community.

“[Impact] comes from passion and love and commitment of the work team,” says Roudan. “Believing in the goals and values we set… becomes a style of life, not only a job.”