Reinventing the Newsroom for the New Normal 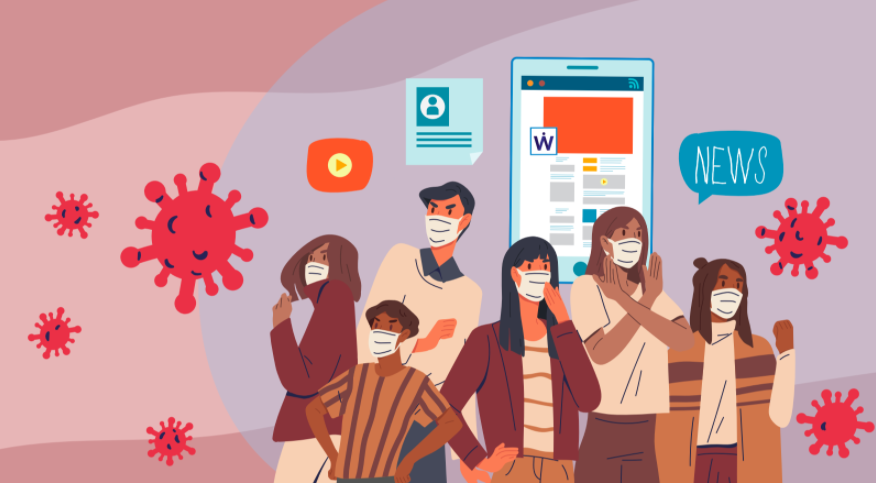 Since the beginning of the COVID-19 crisis, the media landscape has seen a lot of changes and disruptions; from having to set up virtual newsrooms, to ceasing print editions, and adapting to the audience’s new appetite for health and science coverage.

Abbas Homayed, Publisher of Canada’s Sudbury.com, a division of Village Media, spoke last month to a group of Women in News (WIN) Arab Region alumni, as well as a number of media executives from around Egypt, and Jordan, on ‘The Re-invention of the Newsroom in a Pandemic’, in a webinar hosted by WIN.

Homayed gave the participants an overview of the effects of COVID-19 on media organisations in Canada during the first four weeks of the crisis:

– 19 newspapers cancelled some or all print editions. Most transitioned to digital

– Over 2,000 editorial and non-editorial staff were laid off

– Most newspapers lost 50% or more of their revenue.

While COVID-19 had a seemingly devastating impact on the media industry, not just in Canada, but around the world, it has also offered the perfect opportunity for media organisations, previously reluctant to change, to finally transition to digital.

With many countries still enforcing shelter-in-place orders, because of the pandemic, readers are spending more time online than they have ever before. They are increasingly interested in local content that reflects what’s affecting their daily life, rather than general national coverage, and as a result more people are looking for premium content on health, science, business and data analysis.

“COVID-19 proved that readers are looking for a constant stream of news and information, and with a need to obtain specific information, they will turn naturally to online news,” said Homayed. To successfully provide content that attracts audiences, “publishers need a carefully planned and well-executed strategy driven by a deep understanding of their readers,” Homayed said.

The Virtual Newsroom – The New Normal

It is hard to imagine a news organisation without a newsroom. But already, that reality is here. Last month, the US Daily News announced its newsroom in New York would close, and its parent, Tribune Publishing in the US, said it would close four other of its newspaper offices.

“Newsrooms will never be the same,” exclaimed Homayed. “Newsrooms have shown that they can operate with hardly anyone actually sitting in the office.”

For commercial people, this is a cost saving. For many editors, it is an incalculable loss. Editors working from home miss the physical briefing, debriefing and serendipitous discussions that take place in an editorial office, and so often drive the news agenda. The team ethic also suffers.

But there are solutions, and ideas of what basics are needed in a physical office to keep the collaboration and creation alive. From only housing production desks and cross-functional teams, to a one day a week get-together.

PrevPreviousSexual Harassment in the Media: WINner’s stories
NextWAN-IFRA Women in News supports women journalists in Lebanon as part of the Social Impact Reporting Initiative in the Arab RegionNext