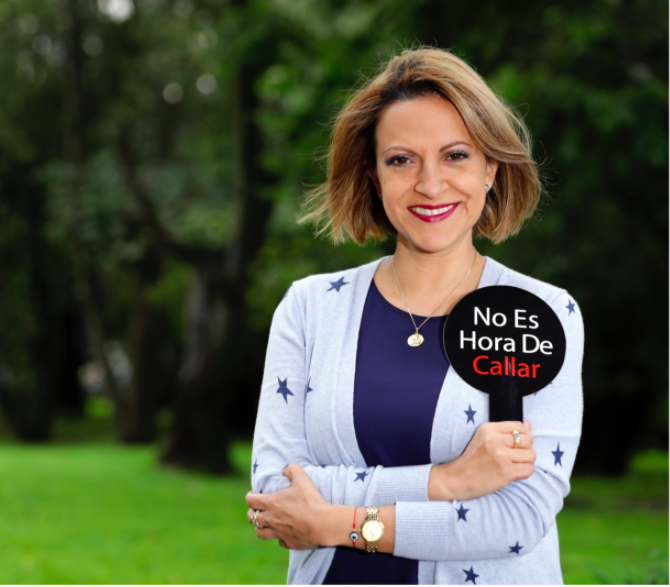 As the winner of this year’s WAN-IFRA Golden Pen of Freedom award, Jineth Bedoya Lima continues to fight for press freedom and justice for victims of sexual violence – starting with her own.

It’s been a long road of healing for Jineth Bedoya Lima, who was sexually assaulted in May 2000 while reporting on a story for El Espectador.

In the midst of Colombia’s armed conflict, Bedoya was visiting La Modelo prison in Bogota to investigate alleged arms sales between paramilitaries and state officials. There, Bedoya was kidnapped, tortured and sexually assaulted by three paramilitaries.

The event marked her not only personally but professionally as well, and has guided her journalism career ever since. She is now an international voice to denounce sexual violence in her native Colombia and around the world, and has been given numerous awards – in addition to WAN-IFRA’s Golden Pen of Freedom – for her courage. But the experience did not come without a price.

“These awards are the response to a personal sacrifice that has lasted for many years,” says Bedoya, who is currently an investigative journalist and editor for El Tiempo. “Since being kidnapped, I have had a very successful career and I am thankful for that, but I sacrificed my personal life in an immeasurable way.”

Bedoya’s sexual assault case has since become the first in Colombia of its kind to be brought to an international tribunal, when it was submitted to the Inter-American Court of Human Rights in July 2019.

“It sets a precedent about press freedom in the region and it has meant more compromises and work because it’s not just my personal case,” says Bedoya. “It has the potential to affect women journalists that unfortunately work in very precarious situations.”

Even if Bedoya works primarily on the editing desk at El Tiempo, she has continued her investigations into cases of gender-based violence and spends much of her time crossing the country speaking to victims to document abuse. She also participates in conferences on sexual assault and continues to raise awareness on the issue.

Since 2009, she has run the “No Es Hora De Caller” (It is not time to be silent) campaign to bring light to impunity in cases of sexual violence within Colombia’s armed conflict. And she recently created the #MiVozCuenta (My Voice Counts) initiative, to denounce the commercial sexual exploitation of children and allow victims to tell their own stories.

“For better or worse, everything I do is linked to what happened to me 20 years ago,” says Bedoya. “It’s impossible as a journalist to disconnect yourself from something as difficult as I experienced.

“Using journalism to create more awareness about such an atrocious crime has allowed me to connect a lot of my personal experience with my work, and to document other issues surrounding gender violence.”

And while Bedoya is dedicated to the causes of gender equality and denouncing sexual violence, she is equally cognizant of the need for press freedom in her country. There have been advances in Colombia’s internal war, including a historic ceasefire deal in 2016 that nearly ended the conflict and the dissolving of the FARC guerilla movement in 2017.

But violence has since resumed, and journalists in Colombia continue to be victims of attacks, threats, kidnapping and murder, and often self-censor in order to protect themselves. Many have their communications intercepted or face stigmatization for their reporting. Reporters Without Borders gave Colombia a rating of 130 in their 2020 World Press Freedom Index.

Bedoya hopes that winning the Golden Pen of Freedom award will raise awareness about the plight of all journalists in Colombia fighting to tell the untold stories, and risking their lives to get at the truth.

“Journalists in Colombia need to report on the war, on drug trafficking, conflicts between paramilitary and armed groups, and at the same time, inform the public and tell these stories,” says Bedoya.

“We can’t stop telling these stories. This award recognises that work. It’s a big support for journalists, to show that their work can change the reality of entire communities.”