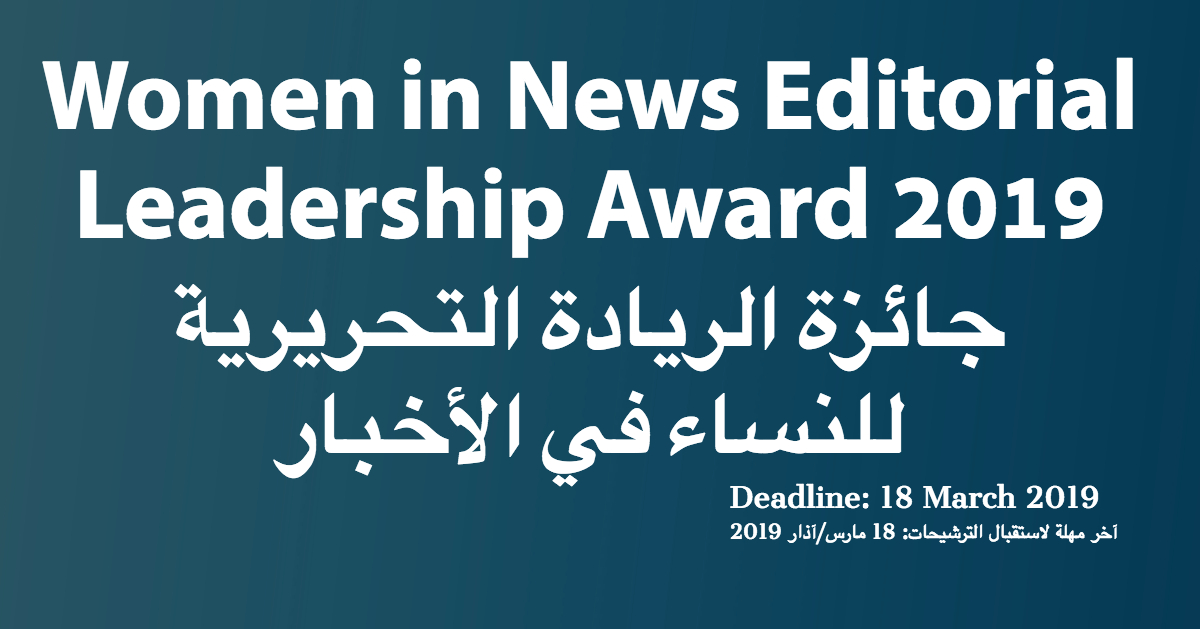 WAN-IFRA is pleased to announce the launch of nominations for the 2019 Women in News Editorial Leadership Award. The award recognises an exemplary contribution of an Editor to her newsroom and under her leadership, the contribution of her newspaper to society. One outstanding editor from sub-Saharan Africa and one from Middle East and North Africa will be named Laureates in 2019.

In 2018, the award was given to Noura al Hourani, Lead Arabic Editor at Syria Direct and Barbara Kaija, Group Editor-in-Chief of New Vision Press and Publishing Company Ltd in Uganda.

On being named a winner, al Hourani said:  "Today, we must strive to empower women at all levels and ensure that they are properly represented in leadership roles–politically and professionally, especially in the Middle East. I am incredibly grateful to Syria Direct for providing me with my first opportunity to lead, and I want to thank WAN-IFRA for your support and encouragement for women to be role models."

The 2019 recipients of the Women in News Leadership Award will be honoured during the WAN-IFRA News Media Congress in Glasgow, United Kingdom, 1-3 June 2019. The Winner will receive an all expenses paid trip to attend the World News Media Congress 2019, the premier global annual meeting of the world’s press.

Eligible nominees in 2019 must:

– Be based in the sub-Saharan region of Africa or the Middle East and North African region.
– Hold a senior editorial role as of 1 January 2019.
– Work in a news media role (newspapers, magazines and digital-only).
– The media house can be any size from across the regions.

To nominate a candidate, please send a filled nomination form to contact@womeninnews.org

Download MENA nomination form in English, or in Arabic.

PrevPreviousCall for applications: WIN Uganda 2019!
NextBarriers to gender equality in the newsNext