The first Women In News Summit takes place in Durban 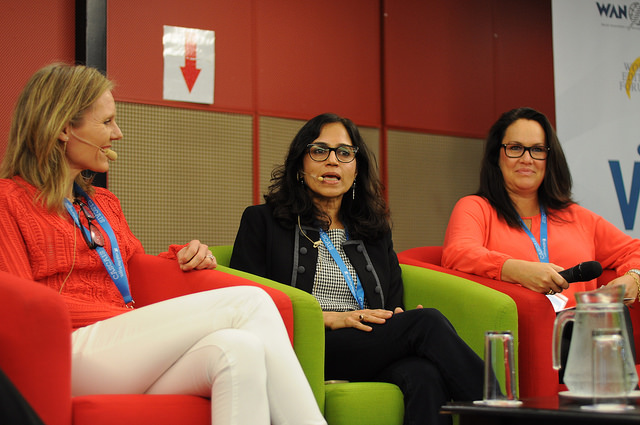 The inaugural Women In News Summit took place on 7 June, 2017 in Durban, South Africa in association with of WAN-IFRA’s World News Media Congress and World Editors Forum, taking place in Durban from 7-9 June.  More than 300 journalists and media executives from over 30 countries attended the summit.

WAN-IFRA chose “Breaking through” to be this year’s theme to highlight the stories of women journalists who were able to leave their mark as leaders in the media industry. Laureates of the Women in News Editorial Leadership Award 2017 were honored at the WIN Summit. The two top achieving editors, one from the Middle East, North Africa region and one from sub-Saharan Africa each received the 2017 WIN Newsroom Leadership Award for exceptional contributions to their newsrooms.

In her opening remarks, Director of Media Development at WAN-IFRA, and Women In News (WIN) Project Lead Melanie Walker said “what began back in 2010 as a small pilot program with 12 women media professionals has today grown to a multi-country, multi-region initiative that counts more than 80 media as partners, working with more than 200 individual journalists who joined the program.”

Attending the summit was H.E. Cecilia Julin, Sweden’s Ambassador to South Africa, who spoke of the importance of programs like WIN and of the Swedish International Development Cooperation Agency (SIDA)’s support of the program. H.E also presented this year’s Women in News Editorial Leadership Award to Egyptian columnist and contributing editor Karima Kamal, and Kenyan editor and journalist Pamella Sittoni. 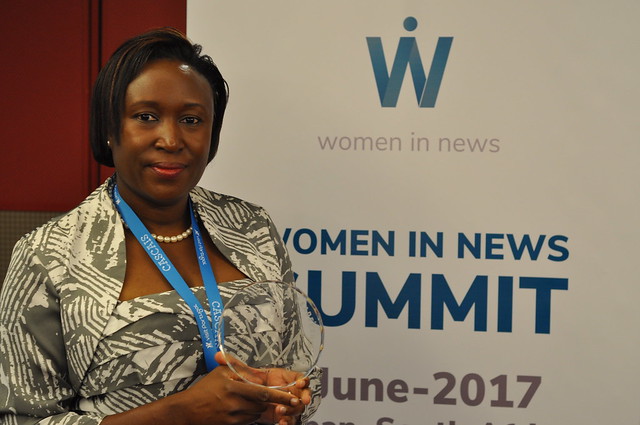 In her acceptance speech, Kamal spoke of the importance of the award saying that “The defense of the freedom of press and the freedom of speech is a long journey we have taken and still take in our countries in the hope of building the democracy we dream of. It means a lot that this award comes as recognition of this journey; it means the work we do is being seen and appreciated and this is no small matter.”

While Sittoni highlighted the need for gender equality in the media saying “I urge media owners and managers to wake up to the fact that to exclude women from decision-making in media is to exclude half of the potential ideas. It’s akin to setting off on a long trek with only one shoe.”

The summit continued with a number of speeches and panel discussions. The keynote speech was by Filipino journalist, CEO and Executive Editor of Rappler, Maria Ressa where she spoke of the challenges faced by women in the news and media industry. 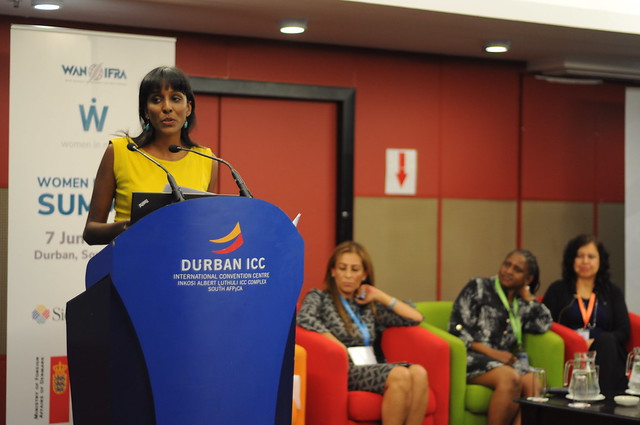 Following Ressa’s words, a panel discussion on “Leading for Innovation” featured a diverse group of women media professionals who spoke of their experiences working in the industry over the years.

“Defining moments” session was a chance for five women media professionals to share their stories and the moments that changed them during the course of their work. The panelists were Kjersti Løken Stavrum (Norway), Verashni Pillay (South Africa), Monica Almeida (Ecuador), Mahlatsi Gallens (South Africa), Jumana Ghunaimat (Jordan).