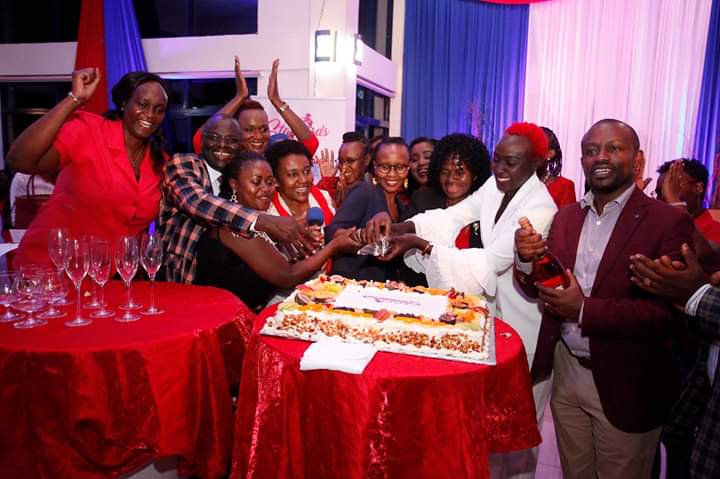 When the Women in the News (WIN) team led by WIN Africa Director, Tikhala Chibwana, conducted training at The Standard Media Group in Nairobi, Kenya mid last year as part of its advocacy efforts little did they know that they had sown a seed which would one day bloom.

During the training, WIN challenged the Standard Group management to manage diversity, address gender balance and look into sexual harassment. Management was called upon to pay attention to the glaring gap of women representation at senior levels in media houses as well as the muted women voices in the media in general.

The seed has bloomed into a beautiful harvest which was marked by the launch of the Standard Women Network. The Network is a work place initiative that will see female staff empower themselves even as the organization seeks to ensure that more of them will hold top leadership position. “Dubbed the Standard Group Women’s Network, the initiative will also articulate the voice of women within the organization and position them in leadership.”

The Standard carried a survey that revealed low staff engagement prompting more soul searching which then strengthened the need to have the Network.

Quoted in the organisation’s daily newspaper, the Group’s Chief Executive Officer Orlando Lyomu said the “network was informed by the need for media to take lead in pushing for gender equality.”

Lyomu, who attended the WIN Africa Regional Summit in Nairobi in June said: “Moving forward, we want to stamp our authority on women’s empowerment not only for ourselves but also for newsmakers.”

Lyomu, who is the Network’s patron called on women to be ambitious saying “nothing should ever be given to you as a matter of favour”. He assured the women of the company’s commitment to fostering gender equity.

The WIN Africa director was full of praises for the bold move taken by the standard Media Group; “They are not just the oldest media house in Kenya but also the most progressive as they are moving with the times.”

The Standard started operating in 1902, has a staff of 800 out of which 350 are female. However, there are few women holding top management positions but with the coming in of the network things are about to change as now women employees have an added spring in their steps.

The Standard Group is a key partner of the WIN Programme. The country’s only woman Managing Editor of a TV station Ellen Wanjiru is an alumni of the WIN Programme and works with the media house. She sits with others like Evelyne Kwamboka and Jael Mboga who are alumnae of the programme.

According to Wanjiru: “The Network is a product of a group of determined women urged on by supportive management.”