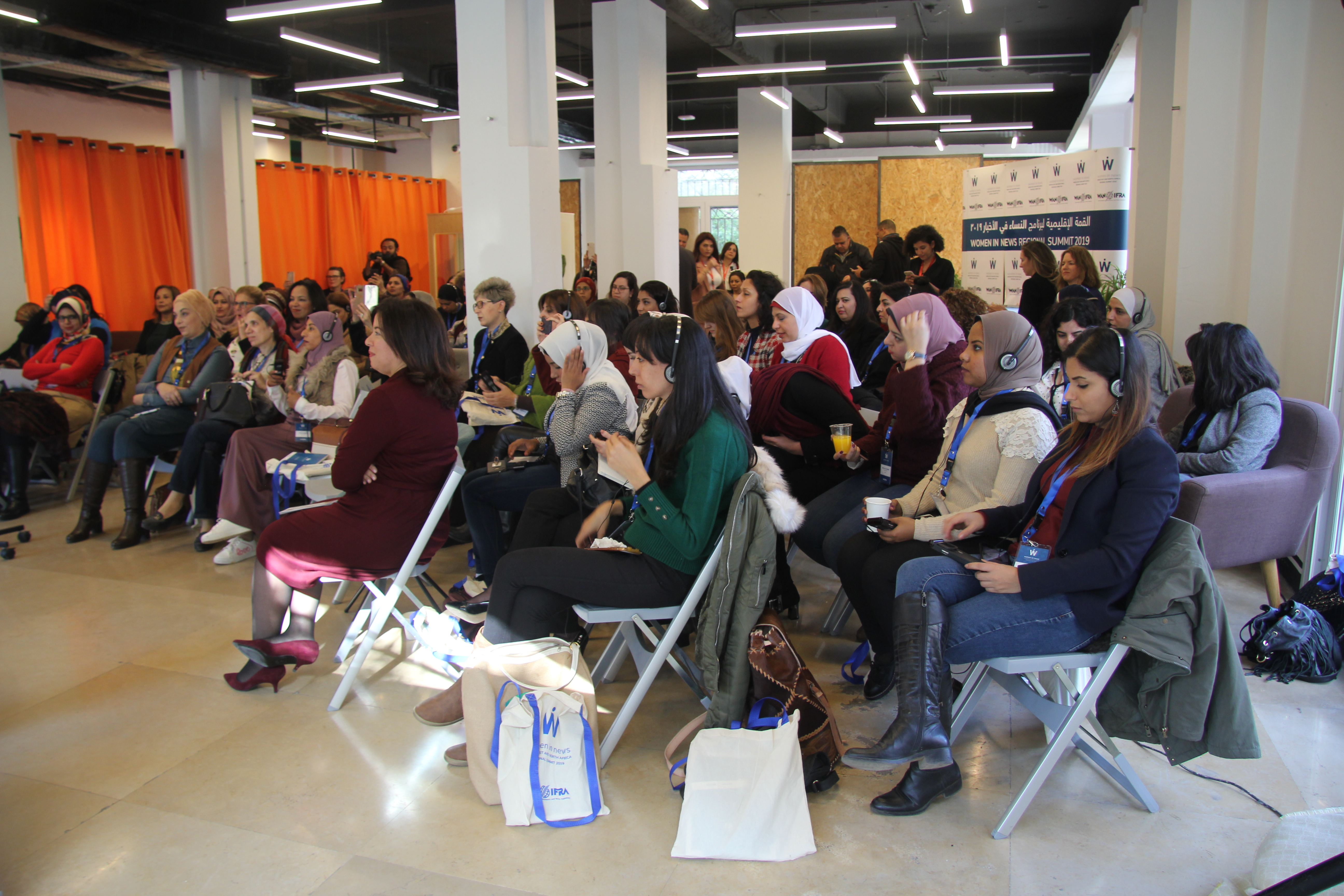 The World Association of Newspapers and News Publishers (WAN-IFRA) held the inaugural Women In News (WIN) Middle East and North Africa (MENA) Regional Summit in Beirut, Lebanon between 15 and 17 January 2019. WIN Regional Director, Fatemah Farag, gave the opening statement to more than 100 women journalists from Egypt, Lebanon, Jordan, and Palestine who have been part of the WIN MENA programme over the past four years.

WAN-IFRA CEO, Vincent Peyrègne, welcomed the attendees, saying, “I am happy to be in the minority today with almost 99% of attendees being women, which is unique and promising.” said Peyrègne. Melanie Walker, Head of Media Development at WAN-IFRA also spoke to the participants highlighting the program’s achievements since its launch in MENA in 2015. “This programme started with 15 participants from 3 countries in 2010, and now we are working in over 12 countries with more and more participants joining the programme every year.” 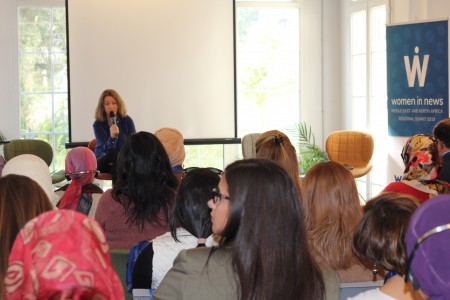 The Summit was attended by a number of international journalists who are speaking on a number of sessions over the period of two days. On the Summit’s first day, Senior Executive at Bloomberg, Laura Zelenko, lead a session on media management, and how her organisation adapted internal policies to achieve gender balance. Zelenko invited participants to share their stories and experiences as women journalists during her session. The day continued with a session on peer mentoring with WIN coaches Dalal Saoud, Mahmoud Atout, Lamia Radi, and Fatma Kheir, as well as a session on sexual harassment in newsrooms lead by Carin Andersson, Director of Human Resources at MittMedia in Sweden and Egyptian journalist Lamia Radi. During the last session of the day, investigative journalist Mohammed Komani gave a Google Masterclass on the latest tools offered by the Google News Initiative.

On day two of the summit, WIN's women journalists were joined by a number of CEOs, and Editors-in-Chief from some of the region's most impactful media organisations.

In her statement, Sleiman expressed her delight at being a part of the Summit, adding that, “Our role as journalists is to clarify and show the true image of women, in order for women to get to their deserved place in management and leadership positions, with their own successes and knowledge, and not because of their sex and gender, so women can achieve their potential as active members of the society." "Most female media professionals are mothers and have a responsibility to raise future generations. We have to protect them from exploitation and extortion in exchange for a job," she said. "Strengthening women's capabilities and protecting them is our responsibility.” 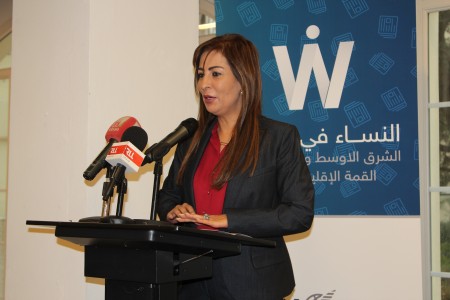 In her remarks, Ghuneimat said that her feelings are mixed, because she has been part of WIN’s journey from the beginning as a member of its esteemed Steering Committee, and is now attending the Summit as a representative of the Jordanian government. She added that she believes in the issue of empowering women in the media and training them to take leadership positions, pointing out that WIN is one of the most important programmes aiming to train and support women in order for them to get empowered, and acquire new skills. The Minister also stressed the need for a free, balanced, professional and non-partisan media to help develop societies.

While Farag focused on the importance of the programme in the four countries where it is active in the MENA region, highlighting the training sessions that take place at the media organisations and the partnership with the American University in Cairo. “The media industry is far from alone in this disparity, however given its
position as a platform for information, analysis and debate, media have a unique opportunity influence the communities they serve and thus society at large, amplifying either positive or negative trends in representation,” said Walker during her remarks. “WAN-IFRA believes that real and concrete change can be made by working from within the industry to tackle the practical, structural and cultural barriers to equality in the news media industry in a peer-led manner,” she added.

The day continued with a presentation on WAN-IFRA’s latest “World Press Trends” report by Vincent Peyrègne, as well as a session on “How Bloomberg Made Gender Diversity Central to its Business Strategy” by Laura Zelenko. During the last sessions of the day, Stephan Rae, Gordon Edall, and Carin Andersson discussed the issues of audience engagement, digital financial strategy, learning to unlock value in the news business, as well as sexual harassment and newsroom management.

The third and final day of the Summit was a closed session for CEOs and Editors from Egypt, Jordan, and Lebanon to exchange ideas and experiences with international market leaders Francis Morel, CEO of Le Parisien, Stephan Rae, and Gordon Edall.