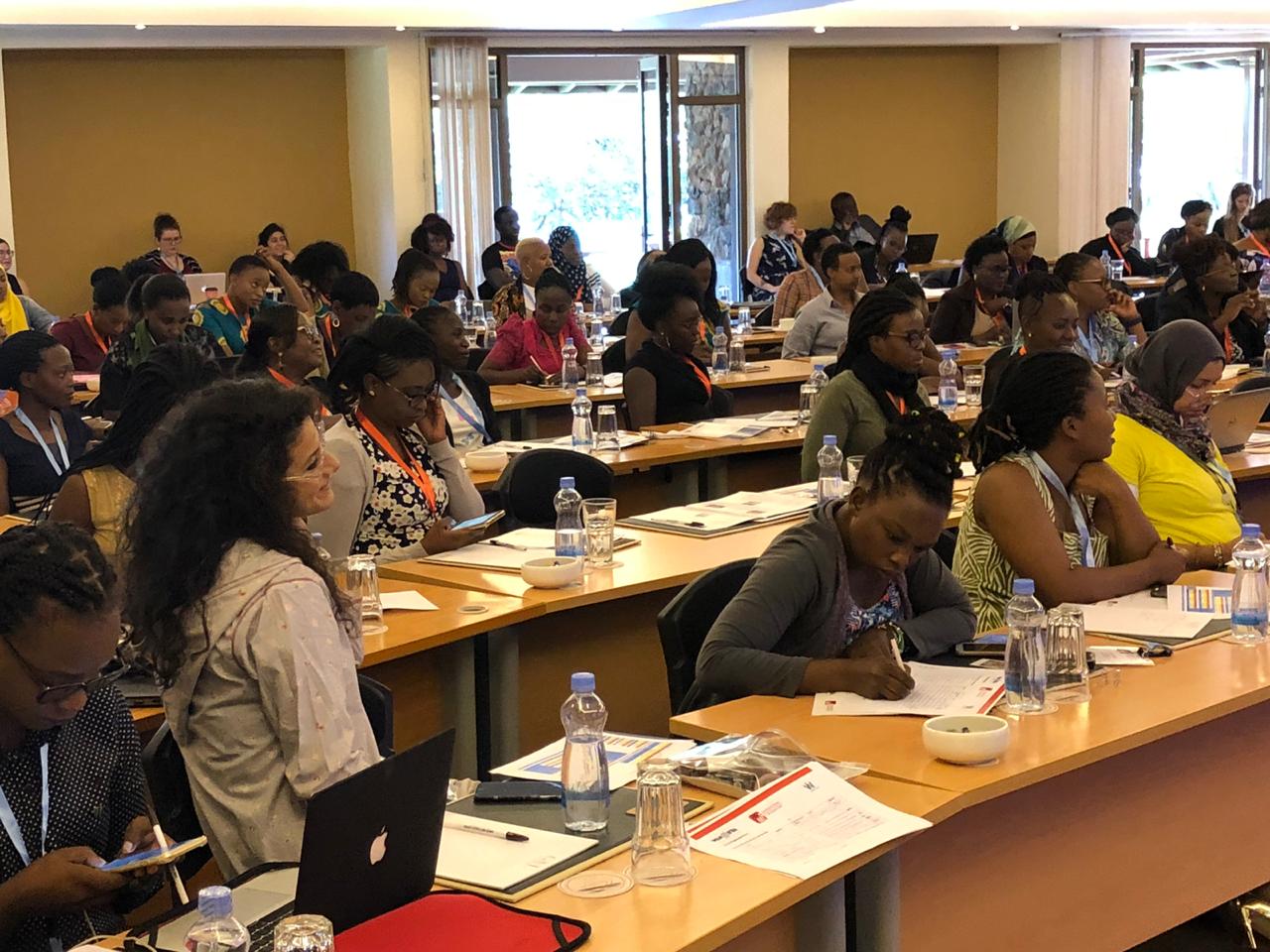 In partnership with the International Women’s Media Foundation (IWMF), WAN-IFRA’s Women In News (WIN) programme is holding the Women’s Media Leadership Bootcamp in Naivasha, Kenya between 26 and 29 January 2019.

With 115 women journalists from 14 countries across Africa, the Bootcamp kicked off yesterday with a day full of talks and trainings by powerful female media leaders.

Today we took polaroids of each participant and asked them to write one word that summarized their aspirations for the week.

In her opening remarks, Elisa Munoz, IWMF’s Executive Director said, “This bootcamp marks the beginning of an exciting partnership with WAN-IFRA and Women in News, with whom we share a mission and a vision to support African female journalists.” She also added that, "There cannot be press freedom unless women are invited."

Melanie Walker,WAN-IFRA’s Head of Media Development, also spoke at the opening, saying that “Bringing women media leaders from different contexts and countries together for learning, knowledge share, and networking is at the heart of Women in News. On average we are 4x more likely to hear or read the opinion of a man than that of a woman - this is simply not acceptable - and the women in this room today are going to change that. It is my hope that we can  continue to facilitate and encourage this through trainings and workshops such as this one.”

The day’s keynote speech was given by veteran Kenyan journalist Pamella Sittoni. Introducing Sittoni, Walker said, “Pamella Sittoni has had a storied career in journalism, holding just about every role within the Nation Media Group from reporter, to sub editor through to the position she holds today as Executive Editor of the Daily Nation, which also makes her the most senior women in Kenyan media. We are proud to claim her as a member of our own community, as the 2017 Africa Laureate of the Women in News Editorial Leadership Award.”

In her speech, Sittoni stated that, "Excluding women from news is to exclude half of the ideas, half of the population, and half of the audience."

The motto for the day by @PamSittoni: ‘This is your time ladies, seize the moment.’

Sittoni was then joined by African media powerhouses Paula Fray, Director of South Africa’s FrayIntermedia, Catherine Gicheru, Country Lead at Code4Kenya, and Barbara Kaija, Group Editor-in-Chief of the Vision Group in Uganda for a round of “Ignite Talks”. The Talks were followed by questions from the participants, as well as Breakout sessions on specific topics.

@BarbaraKaija on the importance of having a support system, and learning to juggle responsibilities at work and at home. #IWMFAGL #WomeninNews pic.twitter.com/YuvqxmdHmv