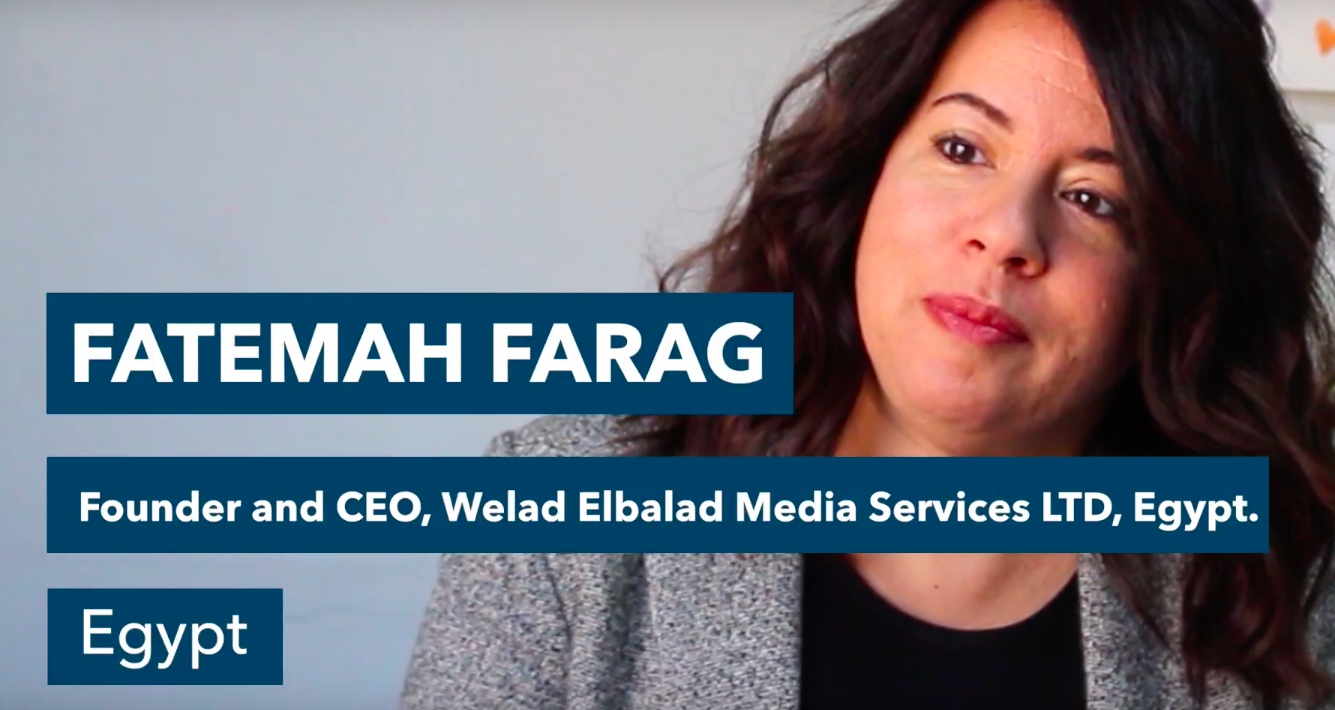 In June 2018 Egyptian journalist and founder of Welad El Balad Fatemah Farag was voted onto the Board and Executive Committee of the World Association of Newspapers and News Publishers (WAN-IFRA). Farag is the first Arab woman and first Egyptian to join the EC and Board.

Farag has for two years led WAN-IFRA’s Women in News programme for the Middle East and North Africa, working to engage with media throughout the region to collectively address the gender gap in leadership as well as in the news throughout Arab media. She is also a media pioneer within the regional context, having established Egypt’s first and only network of independent local newsrooms across the country.

“I have had the privilege of working closely with Fatemah for two years now as part of our WIN programme. Her extensive media industry experience in Egypt and steadfast ethics will bring valuable insights and add a much-needed diversity of perspectives to the WAN-IFRA Board,”
said Melanie Walker, Director of Media Development and Head of the Women in News programme for WAN-IFRA.

Farag was one of eight new board members announced in June.

In December 2017, WAN-IFRA adopted a gender strategy that aims to achieve gender parity across all content, programmes and within management structures by 2021. The organization also aims to hit 30% representation of women within the Board by the same date.

WAN-IFRA’s Board comprises of over 60 representatives of national publishers associations as well as top management of media companies from around the world.

Women in News (WIN) aims to increase women’s leadership and voices in the news. It does so by equipping women journalists and editors with the skills, strategies, and support networks to take on greater leadership positions within their media. In parallel, WIN partners with media organisations to identify industry-led solutions to close the gender gap in their newsrooms, boardrooms and in the content they produce.

The World Association of Newspapers and News Publishers, or WAN-IFRA, is the global organisation of the world’s press. It derives its authority from its global network of 3,000 news publishing companies and technology entrepreneurs, and its legitimacy from its 80 member publisher associations representing 18,000 publications in 120 countries. WAN-IFRA’s mission is to protect the rights of journalists around the world to operate free media and provide our members with professional services to help their business prosper in a digital world and perform their crucial role in open societies.