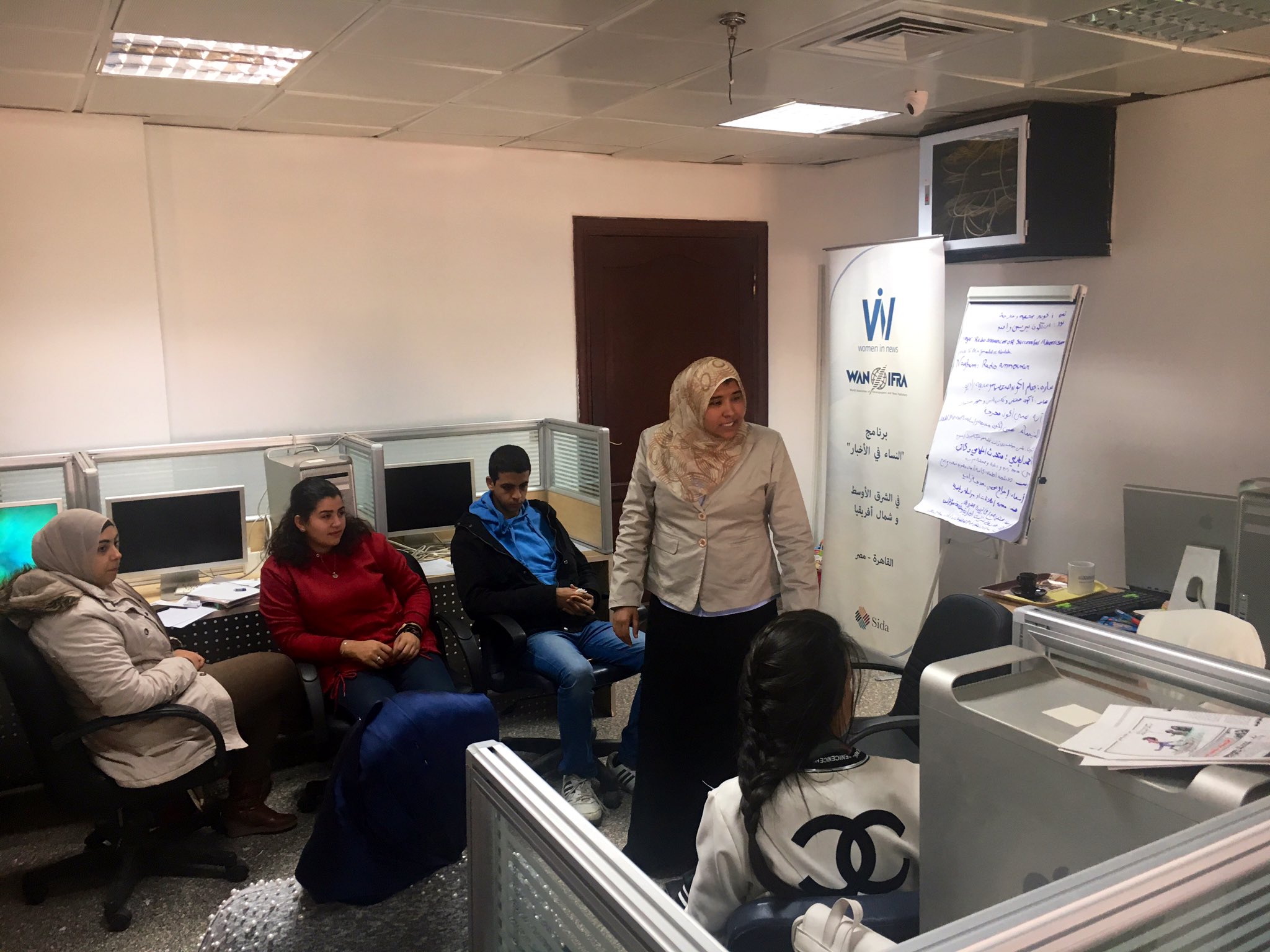 After taking part in Women In News Media Management Training, Samah Abdel Aty from Al Watan newspaper in Egypt took on a new role and became head of interns.

Samah Abdel Aty has told WIN that as a result of the skills she learnt during the training and the coaching sessions she took part in, she was promoted and given new responsibilities. As the head of interns, Abdel Aty has used the skills she learnt at WIN to develop a new internship/training programme at the newspaper, incorporating the importance of gender balance in the newsroom. The hope is that this will contribute to a long-term change for women working at the publication.

"The training programme at Al Watan is open all year-round for students from journalism schools, as well as interested students from other disciplines. Trainees spend two full weeks working in one of the newspaper's departments, learning the difference between a news piece, an investigation, and a feature and how to prepare the different types of content." Abdel Aty added that "standout trainees receive additional training, and can eventually be hired as a reporter."

Moreover, after graduating from WIN, Abdel Aty volunteered to train a group of journalism students at the Ahram Canadian University in Cairo, as part of WIN's Future Leaders programme, where she led a training session titled "How to seize opportunities?".