Each year, the Women in News Editorial Leadership Award is awarded to one outstanding woman editor in the sub Saharan Africa region and in the Arab Region (AR) respectively. Laureates of the Award are first amongst their peers in inspiring and paving the way forward for the next generation of leaders. The Award recognises an exemplary contribution of an Editor to her newsroom, and under her leadership, the contribution of her newspaper to society.

Mary Mbewe is the Executive Editor of Zambia’s Daily Nation

Mary Mbewe is the Executive Editor of Zambia’s Daily Nation, where she has  helped build on the overall vision of the newspaper since 2017. But her rise to the top of Zambia’s news media landscape started decades ago, when she took her first reporting job at the Zambia Daily Mail.

Fresh out of college, Mbewe worked across several desks – from sport, international news to general reporting – over the course of several years. She eventually found a passion in business news, reporting on finance, trade and economy before moving into editing.

While she missed reporting, Mbewe was able to polish her craft on the editing desk, striving to make the paper more accessible to readers.

“The position allowed me to learn so much about journalism and the different material landing on my desk,” says Mbewe. “I liked finding the connection between the reporter, the story and the reader, and trying to create stories that the reader would appreciate and understand.”

By 1999, Mbewe was asked to become the Editor-in-Chief of the Zambia Daily  Mail, and in 2000, it was confirmed: she had become the first woman at the paper, and in Zambia as a whole, to hold the prestigious position.

Mbewe arrived in the top role when the paper was struggling financially, so in addition to breaking the glass ceiling she also needed to focus on getting the Zambia Daily Mail back on track.

“I was thrown into the deep end,” says Mbewe, “but we managed to swim and we put the company back on its footing. I was eventually joined by new boss, Managing Editor Godfrey Malama.”

Now, Mbewe works as the Executive Editor of Zambia’s Daily Nation, where she has helped drive the newspaper’s vision since 2017. She aims to offer stories that make an impact on readers while also satisfying their desire for news and analysis on Zambia’s highly charged political landscape.

At the Daily Nation, Mbewe continues to push past censorship concerns, striving to reflect what the ordinary person wants and show the authorities what issues affect their readers. After all, the Daily Nation is, says Mbewe, the people’s paper.

“Everyone has dreams and expectations and this paper is their voice,” says Mbewe. “We want a large portion of the paper to act as a voice for the voiceless.” 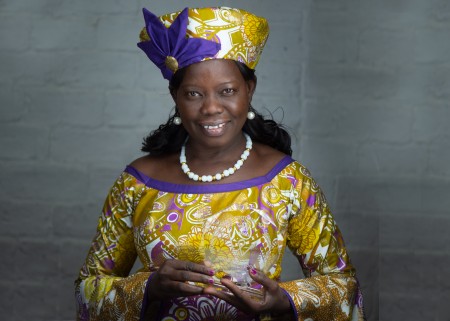 Anna Nimiriano Nunu Siya is a veteran South Sudanese journalist with more than fifteen years of experience in print and broadcast journalism.

Besides being one of the founders of Juba Monitor, a daily English publication, Anna currently serves as the Editor In Chief of the Juba Monitor and has previously worked for the now-defunct Khartoum Monitor as Editorial Director and subsequently Managing Editor. She holds a Bachelor of Arts degree from college of Community Studies and Rural Development, University of Juba and a Diploma in Theology, Institute of Theology for the Laity. 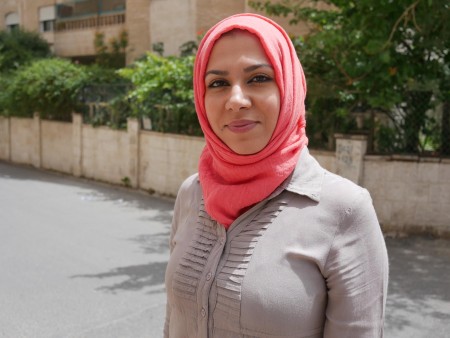 Noura al Hourani is the Managing Arabic Editor for Syria Direct; a non-profit journalism organization that operates out of Jordan.

Her journey to the helm of the Arabic language publication of Syria Direct was as unconventional as it is inspiring. In 2014,  Noura was a recently-uprooted English teacher from Syria’s coastal Latakia province living in Amman, Jordan. She decided to go through a  journalist training program at Syria Direct. After spending six months learning the fundamentals of journalism with the newly launched publication, Noura was hired as a journalist. From the start, she showed an innate skill in investigative reporting and writing human interest pieces, and quickly rose through the ranks.

Today she manages a team of Syrian and international journalists as the Lead Arabic Editor at Syria Direct. Noura’s work has covered topics such as issues for detained women, ISIS  sleeper  cells, burials in East  Aleppo and many more. Her work has been regularly syndicated on regional news outlets such as the Middle East Eye.

Noura has worked hard to excel in a volatile field while cultivating integrity amongst her  colleagues and lifting up the voices and stories of Syrian women and journalists. At Syria Direct, she is directly shaping the future of  Syrian journalism by training a cohort of  young journalists. Through her leadership, she models not only journalistic skills, but also critical thinking and the importance of doggedly uncovering the truth.

Syria Direct produces timely, credible coverage of Syria while training highly talented, aspiring Syrian and American journalists in professional news-gathering and accurate, in-depth reporting. By training exiles and refugees in the principles and practices of independent, professional journalism, Syria Direct gives them the tools to help their communities and the world better understand the realities, issues and choices the Syrian people face. Founded in 2013, Syria Direct publishes original news reports, interviews with newsmakers and newsworthy photographs and videos from Syria along with newsletters. 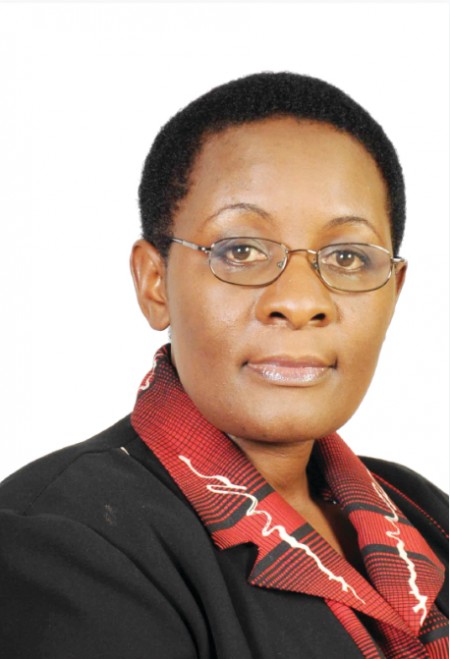 Barbara Kaija is group Editor-in-chief of New Vision Printing and Publishing Company, a multimedia company in Uganda that publishes various newspapers, including The New Vision, Bukedde, Orumuri, as well as a suite of magazines.

Under her strategic leadership, New Vision has grown from simply telling stories to aiming to have an impact on the society. Barbara oversees both the development as well as the  production of all content, providing guidance to an ever-growing number of journalists and editors.

As the head of New Vision, Barbara led her team to launch the ‘Ugandans making a difference’, a project that recognizes, profiles and awards outstanding individuals in their fields. She also spearheaded the innovation and production of various unique media products in farming, health, education, gender and entrepreneurship that have transformed into large-scale social initiatives. These include Women Achievers, Teachers Making a Difference, Best Farmers, Pakasa Youth Awards and the Top 40 under 40 inspirational Men and Women in Uganda.

In addition to her role at New Vision, Barbara is also an established media trainer and coach and has been providing mentorship to young people in the fields of media and communications in Uganda and across Africa.

Barbara has been a board member of the African Centre for Media Excellence (ACME) since  September 2012. She has also served on the board of Media Focus Africa (MFA) since March 2017. 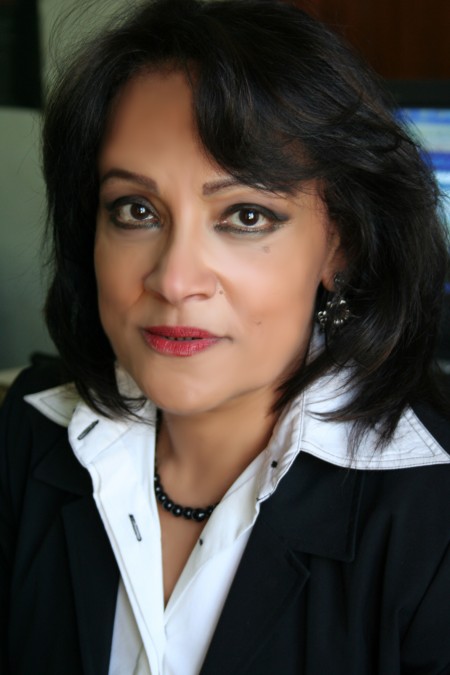 Kamal is a leading voice in Egyptian media. Kamal was the top features writer on social affairs for the magazine  Sabah El Kheir and became  assistant chief editor for the magazine. She also served as the an editorial consultant  for the daily Badeel newspaper for which she ran a specialized  features page.

She is the author of several publications on personal status laws, women’s rights and the affairs of the Coptic community in Egypt and has been a  long term activist for citizen and women’s rights - a role she continues to play  as vice president of the Egyptian Social Democratic Party. 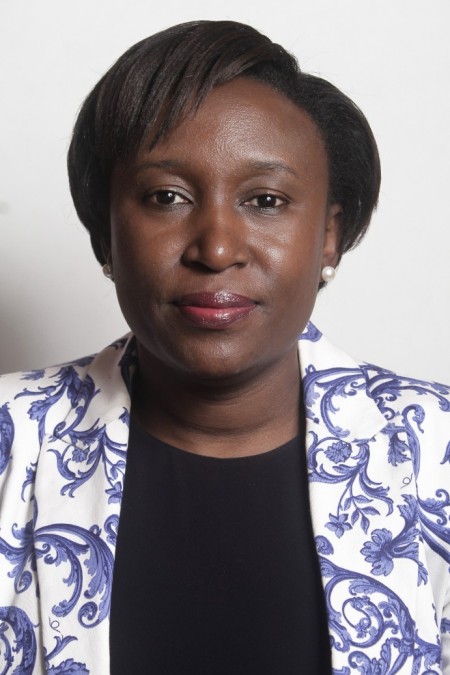 Pamella Sittoni lead the Nation Media Group’s coverage of international, African and regional affairs by staff in  Nairobi and three bureaus in the  region, as well as Correspondents across Africa. She has held the position for five years.

From 2006 to 2012, she worked as a Communication Specialist with the United Nations Children’s Fund  (UNICEF) Kenya, where she, among other tasks, led the agency’s engagement with Members of Parliament and  was charged with mobilising the media to keep children’s and women’s issues on the national and global agenda.

Sittoni holds a degree in literature and anthropology and a post-graduate diploma in communication from the  University of Nairobi, and a Master’s degree in New Media, Democracy and Governance, from the University of Leicester. She is a Fellow of the Aspen Global Leadership Network through the Africa Leadership Initiative (East Africa).

Oluwatoyosi Ogunseye has over 10 years experience as an investigative journalist on different beats like politics, crime, business, health and  environment.  Ogunseye, who is the first female editor in the over 40-year history Punch Newspaper, Nigeria’s most widely read newspaper, is the  Editor of the Sunday title-Sunday Punch.

Ogunseye, who is the 2014 Laureate of the African Women in News Leadership Award given by the World Association of Newspapers is tasked    with the responsibility of ensuring that Sunday Punch is the best paper in the country every Sunday. She also ensures that the reporters she works  with deliver at their optimum best in order to make the paper and its online platforms competitive and revenue-generating.

A 2014 Fellow of President Barack Obama’s Young African Leaders Initiative, she is also an advocate for empowerment of young persons and  gives self development talks locally and internationally.  Apart from this, she is a guest lecturer at the Nigerian Institute of Journalism where teaches journalism students for free. She is skilled in media, communications and scientific research.

She holds a BSc in Biochemistry from the University of Lagos, Nigeria, a Pgd in Print Journalism from the Nigerian Institute of Journalism, a MSc in Media and Communication from the Pan-Atlantic University, Nigeria and is currently studying for a PhD in Politics and International Relations at the University of Leicester, United Kingdom.

The 2014 winner of the Knight Investigative Journalism Award, journalism’s global premier prize, Ogunseye’s investigative reporting had in 2013 earned her the Nigerian Academy of Science Award Reporter of the Year.

Acil Tabbara, an experienced Lebanese journalist, started her career in journalism in Beirut when she first joined Agence France Presse (AFP) in 1986 at the height of the 1975-1990 Lebanese civil war. At that time, she was completing her MA in Political Studies at the American University of Beirut (AUB). Covering the last years of the bloody and destructive war in her home country, the western hostage crisis and the Palestinian camps war was just the beginning of a long journey that made her a witness to the human tragedies resulting from numerous other wars that broke out in the region.

Tabbara has covered some of the main events that shaped the Middle East, including specifically the Arab-Israeli conflict, the wars in Iraq and the Arab regimes changes in 2011. From 2009 to 2014, she served as head of AFP Gulf and Yemen bureau where she managed a large multimedia team to produce stories from the GCC countries and Yemen in three languages (Arabic, French and English). Her special coverage included the Yemen uprising that developed later into a war, as well as the demonstrations in Bahrain that were harshly suppressed.

Before that, she managed in AFP’s regional headquarters in Nicosia, Cyprus the Arabic desk and its 30 journalists and correspondents who were reporting from the different offices in the MENA region. She also supervised the translation into Arabic of the AFP international service. Tabbara also worked as a reporter in Cairo, covering Egypt and the Sudan and as an editor for the Nicosia-based French desk for the Middle East. Her numerous special assignments included the Arab-Israeli peace talks in Washington, the return of late Palestinian leader Yasser Arafat to Gaza and Iraq under sanctions. She also traveled for special coverage to Syria, Libya, Saudi Arabia and many other countries in the Arab world.

In 2011, she spent one year in Syria as correspondent for Radio France Internationale (RFI), covering the crackdown and trials of opposition figures during what was called “the Damascus Spring”. After serving as copy editor at AFP international desk in Paris from 2014 to 2017, she took a sabbatical leave and moved back to Beirut where she joined the L’Orient Le Jour, the leading French speaking newspaper in the Middle East, as senior editor.

Despite being a general news journalist, she always tried to shed light on the situation of Arab women as part of her reporting.